Chiral Mad 2 and Heading to Killercon

Got some good news, my short story "Another Man's Bones" has been accepted in the awesome anthology CHIRAL MAD 2, the follow-up to the award winning CHIRAL MAD. 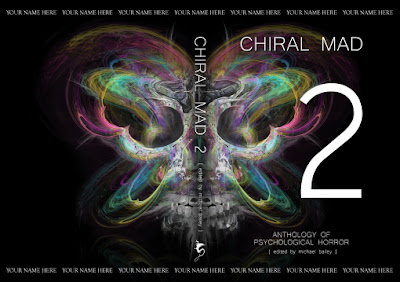 Check out some of the great names I'm sharing a ToC with!

There are also some awesome rumors floating about, but we'll go there if they happen. M'kay?

So with this great news, I'm off to Killercon 2013 held right here in Las Vegas NV.
I love writer conventions. And I love the people who put on and attend Killercon.

It will be a fun fun fun weekend. I'll fill you in on the deets later.
Posted by Mason Ian Bundschuh at 6:00 PM