KillerCon 3: The New Convention on the Block

Now it’s time for my much belated recap of KillerCon 3, an exciting new convention catering to horror and dark fiction held right here in Las Vegas, NV.
As to being belated, my poor computer was raped by a computer virus the day after the convention.

Those pictures of your mom were so not worth it.

Luckily I backup regularly (if you don’t, start NOW) but it still meant a few days downtime while I wiped the hard drive and reinstalled the OS. Fun!

But what was fun was KillerCon.

KillerCon exists because a small group of hyper dedicated people like Wrath James White, R.J. Cavender, Boyd Harris, Bailey Hunter and crew at Cutting Block Press decided that Las Vegas needs a convention, dangit! (ok, so maybe that wasn’t the reason they began KillerCon, but I’m sticking to it). These dudes and dudettes know how to make things happen.﻿
﻿ Only in its third year, KillerCon in some ways shows its age—or youth—by being somewhat small and loosely organized. But far from being a distraction or detraction, those very qualities lent itself a real sense of bonhomie among the crowd of writers.

In between panels and readings and mass book signings, these veteran writers were casually rubbing elbows with us n00bs, offering us good advice and just being plain ole wonderful people.

I don’t know what the attendance numbers were for the entire weekend, but I can say that I generally saw a good 25-40 people mixing freely in the hospitality room where well-established writers—such as Jack Ketchum, Mort Castle, John Skipp, Ray Garton, Weston Ochse, Jonathan Maberry, Robert Devereaux, Jeff Mariotte and Edward Lee—connected and invested in writers just starting their careers.

In fact, it was Señor Mort Castle who really made an impact on me with his bottomless passion for writers. I mean, this guy loves writers—they energize him! After Mort did an intimate and intense two-day writers’ workshop I cornered him and pestered him with all sorts of questions about the craft—and he never flagged.

﻿ ﻿ For that, Mort Castle has earned my respect, and the respect of the other Illiterati members who were in attendance, granting him the envious title of: “Honorary Member of the Illiterati.”

Speaking of the Illiterati, our very own Mercedes M. Yardley won 1st place in the absolutely crazy Creative Writing contest. We had 15 minutes to write a short story which had to include a list of inane words chosen by the cruel-hearted judges (OK, so it wasn’t as bad as last year where one of the words was calzone, but “chartreuse?” come on…)

KillerCon is a young convention, and suffers from the usual growing pains such as occasional chaos and “Where’d all those name badges go?” syndrome. But let me tell you, I’d take a little disarray if the pay-off is solid connections with quality writers and editors/publishers.

So, overall, KillerCon might not be the largest or most well-known horror/dark fiction writers’ convention, but you just watch next year, and the year to come. Good things are in store.

(Also, if I missed your link, let me know in the comments!)
Posted by Mason Ian Bundschuh at 10:23 PM 2 comments:

This weekend, KillerCon will descend upon an unsuspecting Las Vegas.


A writer’s convention for writers of the horror genre (and not for serial killers), KillerCon is bringing together some really great (and Bram Stoker Award winning) guests of honor, including Jack Ketchum (dubbed the scariest guy in America by Stephen King), Ray Garton, Jonathan Maberry.

Since it’s in my backyard, and because my fellow Illiterati super-friend Mercedes M. Yardley coerced me, I’ll be there as a volunteer.

This will be my first writer’s convention, so I’m excited. And that it’s about 15 minutes from home makes it even better!

They say that networking is the real reason for these conventions, and since (as my wife will tell you) I am driven to a fever pitch of energy by other people: either I’ll make really good connections or I’ll burst into flame through sheer excitement.

I’ll be reporting back with my experiences and insights (because you care, I know you do)

Until then, I leave you with the most awesome thing ever: 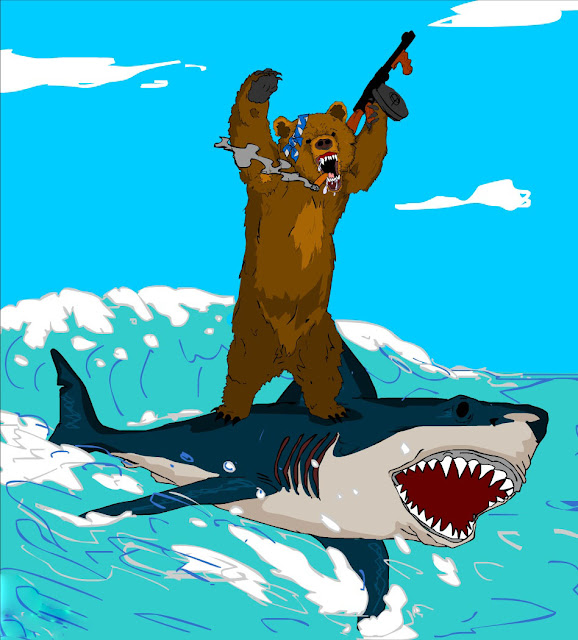 The Universe of my WIP: or, a totally fabricated interview with James Lipton

Ok, so I found some questions from something called 30 days of writing. It might be an old meme, but I had fun answering the first question so I might just keep it up.

Let us pretend that I am being interviewed by James Lipton from the Actors Studio:

﻿ ﻿ James Lipton: Tell us about your favorite writing project/universe that you’ve worked with and why.

This is tricky because like most writers it’s usually “What I’m working on now” since that is the most vibrant and fresh and compelling.

James Lipton: Fantasy? Why not a sweeping epic about Depression era farmers?

James Lipton: Can there be some Depression era farmers in your fantasy novel?

Well, there are farms I suppose...
But The first book in the first series is titled THE WATCHER IN THE WOODS and I’m doing some edits before looking for a potential agent. And I’ve written about half of book two just because I can.

James Litpon: That's a lot of work into something that hasn't been published yet. Did you just go crazy like my hairline?

More like your tie. When I just tallied it up for this blog, I’ve written almost a million words in this world, mostly myths and histories and a bunch of interconnected short stories.

Whenever I’m overwhelmed by my WIP, or I just want to be unfettered in creativity, I can always slip into the world and make magic. Sometimes it’s sweeping epic history, sometimes high mythmaking, but many times a character catches my imagination and draws out a close story, intimate and personal.

It’s a great feeling, going from the macro to the micro within such a wide scope of history.

James Lipton: Do you feel like you need to have an epic rap battle with Tolkien?

I can't rap in Old Norse yet, so he'd prolly win that one.