March Madness (in a non-sports way)

It’s almost April and the last time I posted was a month ago when my story “The Collector, or, Google It” went up at Wily Writers.

This is due to March Madness.
This is not a sports reference. In no way do I follow sports, nor do I endorse the following of sports. In fact, it was only after I typed March Madness that I recalled its use in the world of sports. I’m not sure which sport, or sports… but those sport people use the term for something. (Did I mention I don’t follow sports… at all?) 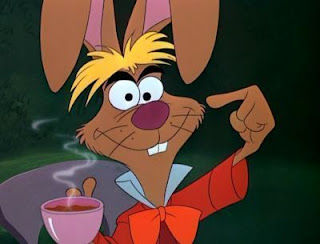 It was just the month of March. It was certifiably insane.


But lots of good stuff was crammed into that insanity. I hope I’ll get to share soon.
One thing I can and will talk about is the Fraternity ofFlash being put on by Grand Poobah Misty Dahl. In a nutshell, she’s crazy like a fox and decided to host her own, invite-only, flash fiction fest.


And that makes me happy. Not just because I’ll be rubbing digital elbows with some really fine writers (such as Mercedes M. Yardley, BradC. Hodson, Lisa Morton, John Palisano, Robert Devereaux, Jeff Mariotte, Jason Reinhardt, and many more) but because I love when people just take the bull by the horns and instigate something wild like this.
Why is she doing it? She had an idea and didn’t sit around wondering whether it would garner some huge pay-off or whether it was super-strategic-according-to-the-latest-marketing-strategy.


She loves writing and she loves writers. And she acted.
Inspired! Hence actually posting something on my jilted blog.
Posted by Mason Ian Bundschuh at 9:04 PM