I read it all the time: market yourself, develop a personal branding identity, stand out from the crowd by positioning yourself as a commodity. Strategy, strategy, strategy.
Yes I get it, being heard above the crowd is valuable in today’s hypersaturated market where entertainment is comingled with even the most basic purchases (Since when has beef, or milk, or orange juice needed a pithy slogan and a jingle? Save your marketing dollars trying to convince me to buy a device that warms baby wipes)


And naturally we want to save ourselves from the marketing blunders that allowed this little poor-decision-making gem of marketing dross to be unleashed on the world. 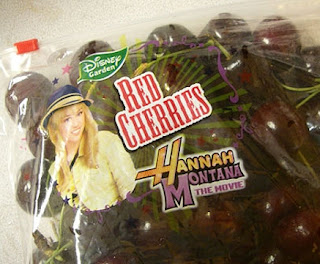 Whose bright idea was that? Almost as bad as Hong Kong's "It'll Take Your Breath Away" ad campaign. (SARS anyone?)


So I get it, I ought to read up on how to market myself to get and retain readers.


But after about five paragraphs of marketing strategy positioning doublespeak I start wondering if anything exciting is happening on twitter.


Branding is supposed to be creating an identifiable difference in your “product” that separates it from all the other products out there. When it comes to personal branding, as it is employed by authors, songwriters, bloggers, anarchists, talking vegetables, et al, branding is just having a uniquely distinguishable persona and talent.
How hard is that? We’re all unique snowflakes, right?


Well shoot, it’s hard to think about positioning yourself so your witticisms and charm bring hordes of readers to your blogs or books. It’s hard to smile for the virtual camera of interwebiness, which never sleeps and never forgets.
It’s not really that terribly hard to make up a strategy… I mean, we can armchair strategies all night long. But it’s the follow-through and the dedication (or revisifying) which ends up being the toughest part.


What’s a bloke to do?
Usually just do what you do, learn a few tricks along the way, blog about something that interests you at the time (and in that too-short free time you would normally reserve for playing video games).


That’s all I got. What about you, oh intrepid reader? Have you ever wrestled with the “Market Thyself” beast?
Posted by Mason Ian Bundschuh at 8:51 PM 8 comments:

A Motivational Speech (Plus Music Video)

Allow me to introduce you to my other band: Aurea Verba

See, that's me over there with a pained rock star look on my face. In my opinion, a constipated or wounded pout is the only real face one can make for band photos.

My other band is quite fun to be in. For starters I have too much music in my body to get it all out with just one band. So I need at least two full time bands with several other pick-up gigs thrown in on the side.

It's kind of like writing. I can't just write in one genre, nor am I content with just writing a few stories or novels "and then I'll be done." I'll never be done, I'll always create.

Do thousands upon thousands of people come to our shows? No (unless they are invisible, in which case I am kinda creeped out). But does that mean that somehow it's not worth it?

So why would I ever let myself mope and have those useless thoughts of "not being really successful"?

Hot diggety-dawg, I put my pen onto a blank page and a story comes out. I put my fingers onto a contraption made of steel and rosewood and music happens!

That's the fountainhead of it all. I don't need adulation or hordes of fans (though it'd be nice, sometimes), I just need to keep creating.

So I leave you with a music video as I go off and get some writing done. Or maybe I'll go play some guitar...

Email ThisBlogThis!Share to TwitterShare to FacebookShare to Pinterest
Labels: ah-ha moment, Aurea Verba, inspiration, like a lightning bolt to your soul, motivation, perseverance

World Fantasy Con 2011 was held in San Diego this past weekend, and my infamous writing group, The Illiterati, were in attendance and in rare form the whole time.
First let me say that we turned it into a road trip of epic proportions, legends of which shall be whispered in the dark for years. Mercedes M. Yardley and Billie Bundschuh are super road warriors.

True to my slightly obsessive insanity, I’d made a WFC binder with bios on every guest of honor and each of our co-panelists so we’d be studied up.

Yes, co-panelists. That’s right, both Mercedes and I managed to get onto some of the panels at World Fantasy Con. I can either ascribe that to our awesomeness or their desperateness. :)

I’ll be writing another post about the oddity of being on a panel soon (including Do’s and Don’ts learned the hard way!) but for now, on with this post:

The main thing everyone needs to know about writers’ conventions is that pretty much everyone there is either a writer or an editor, publisher or agent. Which means that networking is the name of the game.

Ok, so that sounds cynical. Let me define networking as I see it (and as we in the Illiterati see it): networking is making new friends who also happen to have industry experience and may lead us to new opportunities.

See? That sounds much better and less self-serving.

When we arrived fresh from the road on Thursday, we almost immediately stumbled into Misty Dahl and Jeff Mariotte, friends we’d made at KillerCon. Soon after that we finally met IRL some online friends from the InkPunks writing group.

Then in splitting up and hitting the panels we found ourselves getting into great discussions with authors who we may never have stumbled onto on our own (but now that we randomly bonded over Boba Fett and why zombie unicorns will rule the earth one day, we’re BFFs!)

And then there were the after parties. Now, let’s get one thing straight, yes there is free booze—but if that’s what gets you excited about writing convention after parties, then you’re a dumbnut. Just saying.

See, the after parties are where people let their hair down and actually are interested in getting into REAL discussions.

I loved hearing about the various writing projects that everyone was up to. I loved seeing the fire and passion in people eyes when they talked about what they were writing. I loved the way us writers start off kind of shy when asked “so what do you write?” but before long we’re head-to-head getting all giddy about our favorite authors.

Speaking of giddy, whilst wandering the halls I got somewhat lost (the hotel was designed by evil minions). As I stood there looking like a tool I was accosted by William F. Nolan who made me laugh so hard with his story regarding the now-defiled hotel potted plants.

Another great person I met was the Australian author KirstynMcDermott (author of Madigan Mine, Aurealis Award winner). She’s awesome, and let’s just say that I was “adopted” by the Australian contingent as we crashed the various parties happening around the hotel. My only regret is that we got separated somewhere in room 1111 and I didn’t get to say goodbye and thank you to Kristyn. So, let this blog post serve.

I also got to finally meet the inimitable Simon Larter. Let me tell you folks, I like this man’s style. Can you say, trickster?

Speaking of trickster, parking at the hotel was $16 a day. A DAY. Are you kidding me? Well, we at The Illiterati won’t take that sort of tripe. We had a giant Yukon SUV so when it came time to leave the party and head to our host home we just drove over a bunch of innocent shrubbery to freedom.